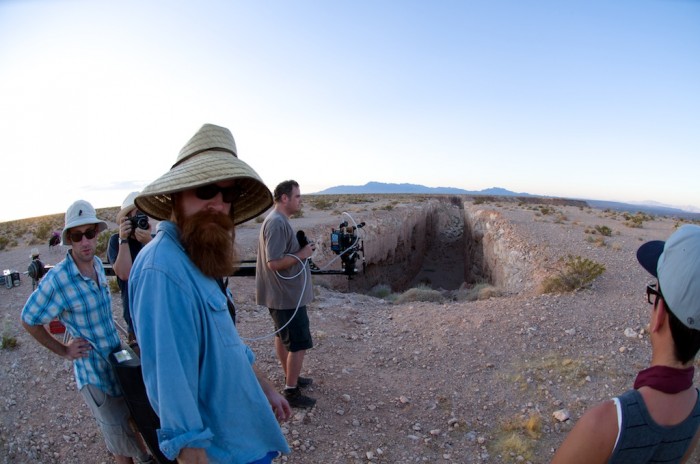 Through the Repellent Fence: A Land Art Film by Sam Wainwright Douglas has been in the works since 2011 and premiered at the Museum of Modern Art Documentary Fortnight 2017. The film follows Postcommodity as they create a two-mile-long work straddling the U.S.-Mexico border in 2015 to “put land art in a tribal context.” It also includes scenes that expand the land art conversation with Lucy Lippard, Matt Coolidge of the Center for Land Use Interpretation, and Chris Taylor of Land Arts of the American West at Texas Tech as well as footage of the program experiencing the historic works. After premiering at MoMA it has gone on to screen at SXSW and many other keen venues. It broadcast on the PBS World Channel on 24 April 2018.

Stay tuned to the film’s social feeds for updates on screenings and news. Reach out to the filmmakers with queries to schedule university and museum screenings.