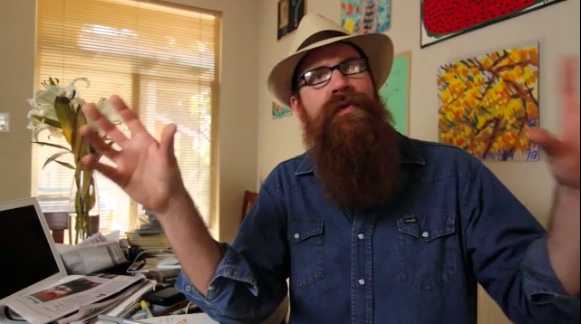 Sam Douglas, creator of Citizen Architect, began work in 2011 on a film about Land Arts of the American West that went on to become Through the Repellent Fence: a land art film. The narrative through line follows the indigenous collective Postcommodity as they implement a border crossing temporary artwork. Sam has a keen eye, great heart, and is a wonderful storyteller. The film premiered at the Museum of Modern Art Documentary Fortnight 2017 in New York and has gone on to screen at SXSW and many other keen venues. It broadcast on the PBS World Channel on 24 April 2018.